Tales and Legends of the Isle of Wight with the adventures of the author in search of them by Abraham Elder, published 1839. Reprints are available. Stories and Legends    Elder’s Tales

The Vecta Garland by Albert Midlane published 1860. Poem about May Day Customs in Newport, p73. Stories p75, 78 and 86. Vecta Garland

Text of  ‘A Glossary of Words in use in The Isle of Wight (Original Glossary XXIII) compiled by Major Henry Smith RM with additions by C Roach Smith, published by the English Dialect Society in 1881. Reprints are available. This work was a major source for WH Long.   Dialect words and examples of use in dialogue and poetry. Folk Songs sung on the Island, local Superstitions, Customs, Festivities, Sayings, Recreations.   Isle of Wight Words   A link to the copy of XXIII held by Cornell University  Glossary XIII

Revival of the Custom of Beating the Bounds of the Fleming estate in 1910.  Boundaries

Miscellany, from a variety of sources, of Customs, Sayings, Festivities, Mummers’,  Pastimes and Folk Songs  The way we were

Article and photograph on Folk Song activity at the Sloop Inn,  by Brian Reeves, originally published in ‘The Bridge’.  Bridge Sloop item

Article on Morris Dancing, local records from 1595 to 2015,  by Brian Reeves, originally published in ‘The Bridge’.  Bridge Morris item

Article on St. Boniface and the Well by Richard Downing. Stories, Legends.   StBonifaceWell

Postcard from 1913 about  King Arwald 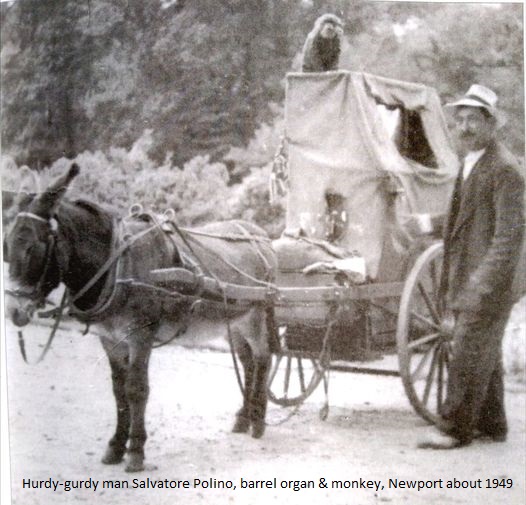 *** Recordings of the final rehearsal by The Trilanders before their performance in 1971 at Folk Fest 5 (The Scout and Guide National Folk Music Festival) at  The Albert Hall.  The musicians are Martin Tennant, aged 21, Robin Holbrook 18, Jeff Taylor 17, Paul Elliott 17.  The Advertising Man by Laurie Say   https://www.youtube.com/watch?v=8iZZ9pz_a9A    Muirsheen Durkin, Irish traditional  https://www.youtube.com/watch?v=ETTDHDbwE7g

Collection of audio reminiscences from Isle of Wight farmers, with texts, and  photographs. Folk Songs in ‘Pub’. Farming  also from seafarers Sea

‘Folk On Wight’  by Brian Reeves, describes the Isle of Wight folk scene from 1940s to 2000. Folk Songs, Festivities, Morris Dancing.  In print, copies available from brianandmadge2@gmail.com, also a CD of the songs.

‘Legends and Lays of the Isle of Wight’, in Dialect, by Percy Goddard Stone published 1912. This does not seem to be available online but reprints are available. 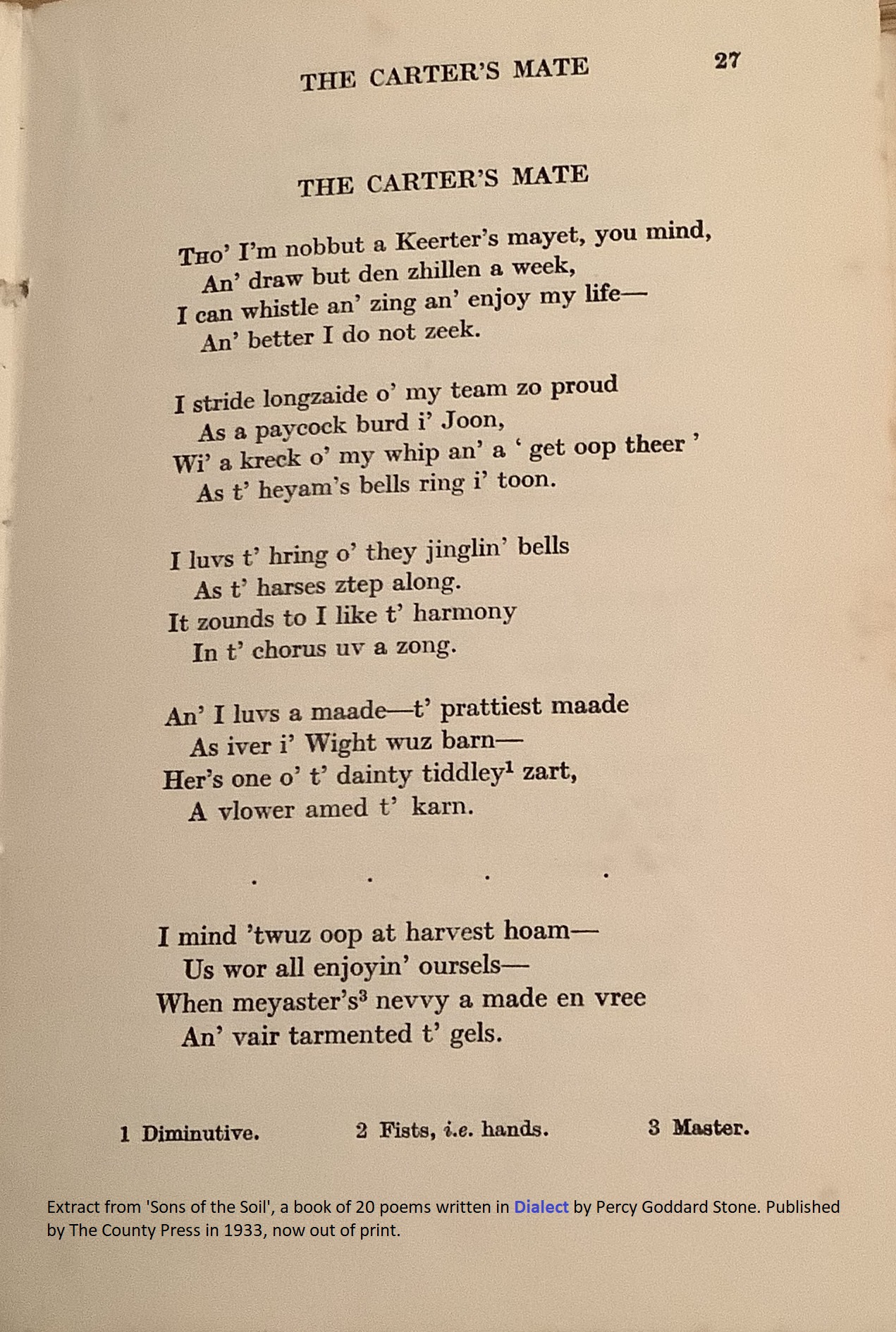 ‘Hampshire and Isle of Wight Folk Tales’ by Michael O’Leary, has fourteen Stories and Legends for the Island. In print.

The Dictionary of Isle of Wight Dialect by Jack Lavers, pub 1988. Out of print.

Do you have any additional material or suggestions for links to go on this page? Anything on Isle of Wight traditional culture and history – legends, folk tales, songs, tunes, dances, customs would be great. It is possible to add recordings and videos via a Youtube link. Please email:  folkonwight@aol.co.uk